Is Your Brand Taking Amazon Seriously As A Sales Channel? 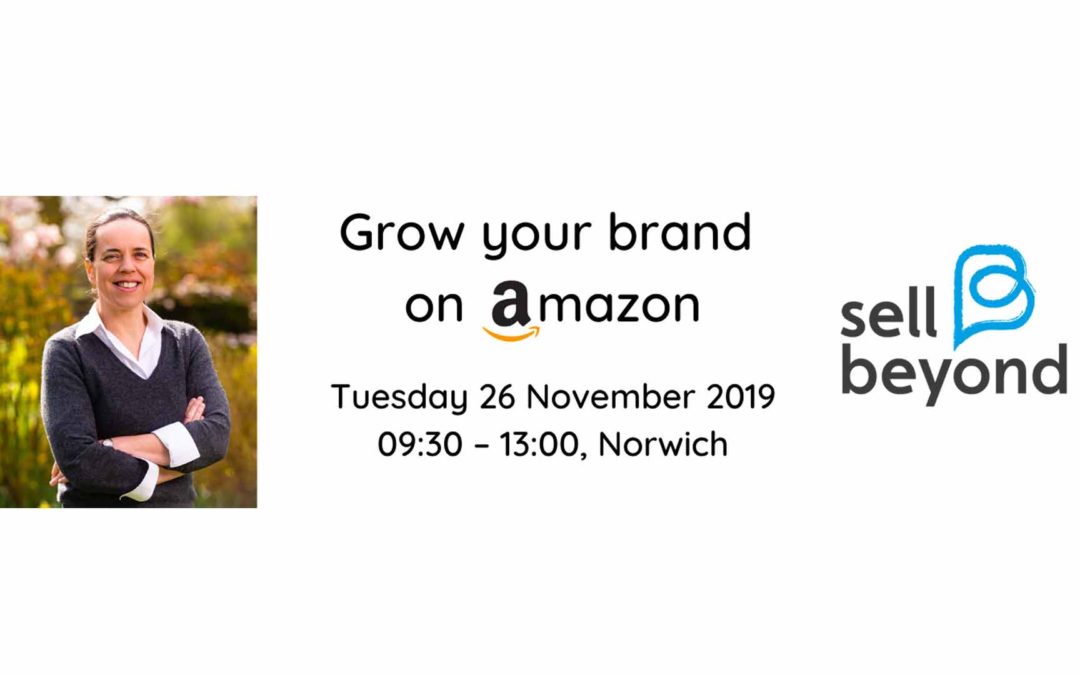 🛍️Is your brand taking Amazon seriously as a sales channel? Or have you arrived late at the Amazon party and are now making awkward conversation? I’m excited to be organising a workshop about how to grow your brand on Amazon in Norwich on 26 November. Find out more 👇

When the world changes you have to change with it. Many retailers I work with at Sell Beyond are making multiple £M on Amazon. Yet they are not brands that you’d recognise on the high street. They are companies that have focussed on Amazon as their main sales channel.

Last week I went to see a blue-chip client selling in major retail outlets as well as on their own e-commerce site. Their attitude to Amazon is typical: Amazon has little affinity with their premium brand values, so it has been a secondary retail channel for them at best. More like, benign neglect

But while they have focussed on other marketplaces – bricks and mortar stores, their own e-commerce site – other newer companies, coming from seemingly NOWHERE, have won the segment on Amazon.

When Sell Beyond presented some competitor research, we found that no-one at the company had ever heard of some of these companies and products winning the segment on Amazon. Yet because those companies had chosen to focus on winning the Amazon game, some of them had quadruple monthly sales than our own brand.

This brand has a long way to go to make up for lost time… but has at least recognised that Amazon is a sales channel in its own right.

Are you taking Amazon seriously as a sales channel, or are you allowing the competition to take over? Find out more at an event I’m running in Norwich later this month